The international vocation was a constant in the life of Luis Puig. When he took the position of member of the Spanish Federation, he found that there was no representation at all in international organizations. The four positions corresponding to Spain in the congresses of the International Cycling Union (UCI) were permanently empty. “We are nothing, we have no support or representation. The power is on the Italian and the French “.

Facing the inaction of the president Alejandro del Caz, Puig cultivated his contacts at all levels in the field of cycling and under his presidency, the Spanish Federation managed to be influential in the world’s organizations of the sport pedal. In 1974, he began his international career in the Technical Committee of the International Professional Cycling Federation (IFTF). Three years later, in 1977, was elected vice president of the Amateur Cycling Federation (FIAC).

Between 1965 and 1992, the UCI was divided into the International Professional Cycling Federation (IFTF) and the Amateur Cycling Federation (FIAC), whose members rarely faced each other. The FIAC, created at the request of the International Olympic Committee (IOC) to preserve the Olympic amateurism of the time, was the largest with 127 members, including all the ones from the Soviet orbit, and it represented cycling in the Olympics. 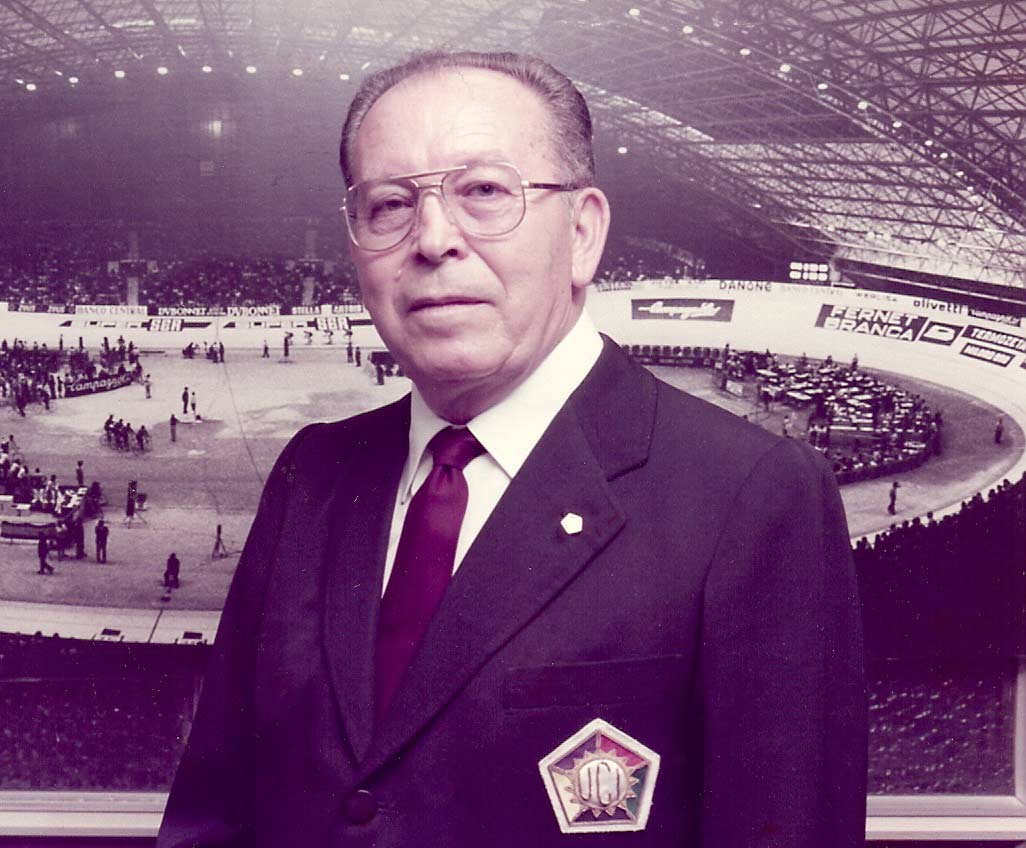 As leader of the FIAC, Puig´s priority was to improve the international projection of Spanish cycling. He scheduled language courses for Spanish technicians to enter in the international arbitration and promoted people he trusted in all spheres of world cycling. In August 1981 he was elected president of the FIAC, surpassing the British voting Eileen Gray. “For the first time in the history of cycling, one Spanish in an important international a charge”.

The presidency of the FIAC automatically made Puig vicepresident of the UCI, but a succession of events prevented to retain both of his positions for too long. That same year, the ICU president, Adriano Rodoni, who had that charge for 23 years, resigned because of his poor health. Louis Perfetta was expected to succeed, but the Swiss leader died that summer.

Some days after, Luis Puig prepared his candidacy for president of the UCI. His opponent was the Luxembourg Josy Esch, president of the IFTF, whom he defeated in the second round of voting, after a draw of fourteen votes in the first round. “For the first time Spain leads 164 countries, and there is a Spanish sitting at the UCI´s headquarters “. Puig became, at the age of 66, the highest authority of the world cycling and the second Spanish to chair an international federation after Carmelo Belda, who had led the Valencian Pilota.

Puig chaired the UCI from 1981 until his death in 1990 and was reelected in 1985 and 1989. He strengthened the collaboration between the IFTF and the FIAC and promoted open tours, where bikers of both generations could be registered, inaugurating therefore a new era in world cycling. When he accepted the charge, King Juan Carlos I received him and said: “Just a tip, your responsibility is the country’s image.”Four years later, after the first reelection, Puig sent a telegram to the king: “I have fulfilled.”